After missing the first five events of the season with broken ribs, Jose Vitor Leme is right back in the world title race, and it only took… *checks calendar* two events. Plus, Mason Taylor had a strong weekend, the Velocity Tour crowned a few winners, and more. Miss a moment of the action this weekend? Here’s what happened around the PBR.

Two-time World Champion Jose Vitor Leme is back and looking like his old self. Following a win last weekend in New York City, he won in Chicago – plus finished second in the 15/15 Bucking Battle – to cruise to No. 2 in the Unleash The Beast standings.

It was a dominant performance for Leme, who’s started the season 7-for-8 as he eyes a third world title.

In a Round 1 that saw a staggering 22 qualified rides, Mason Taylor came out on top with the round win.

It was a busy week on the Velocity Tour, as action started in Denver on Monday. Grayson Cole led after the first night of competition…

…and Chase Dougherty surpassed them all, winning his first event after missing four months due to injury.

It’s been a long slog back from injury for Dougherty, who’s taking things slow and is simply grateful to be able to ride bulls again.

Then things headed to Charleston, West Virginia, where Claudio Montanha Jr. won Round 1…

…and Flavio Zivieri went 3-for-3 to take the event win.

In Spokane, Washington, it was Austin Richardson topping the leaderboard and taking the win thanks to his 2-for-2 showing.

Through the lens with BullStockMedia 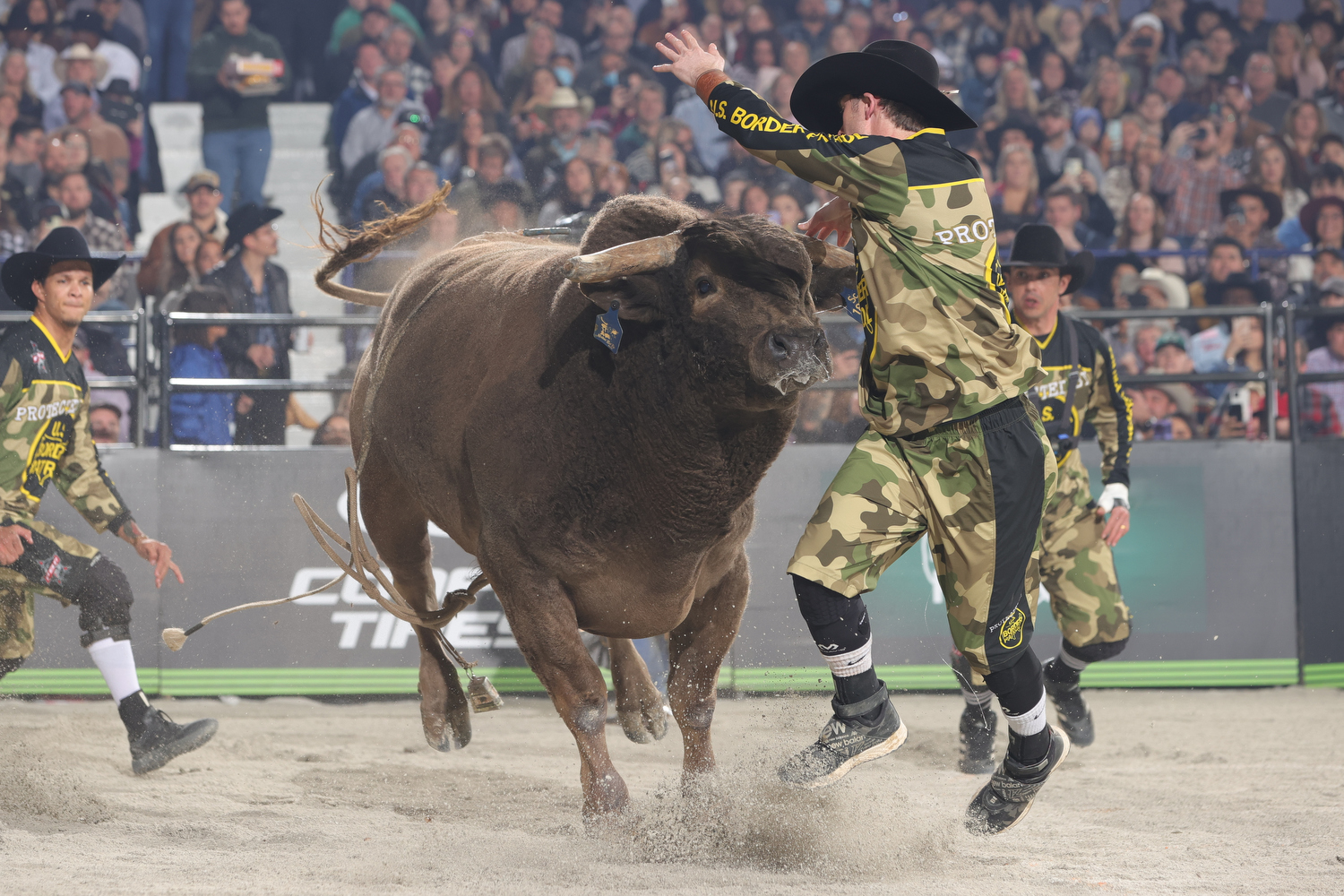 Check out the best photos from Chicago.

Hear from the champ himself!

Some #MondayMotivation from the No. 1 bull rider.

What’s up next on the docket?

Additionally, the PBR Stockyards Showcase kicks off in Fort Worth, Texas, on Jan. 19 (8:30 p.m. ET on RidePass on Pluto TV).

Freedom in control of its destiny as team vies for first-round bye...