OKLAHOMA CITY — Since 1955, the Rodeo Hall of Fame has been dedicated to honoring and memorializing the legacy of great performers in rodeo and its related professions. Induction into this prestigious hall of fame is one of the highest honors that can be bestowed on an honoree. The RHS Board of Directors reviews each nominee thoroughly and annually selects a slate of nominees.

“After a year of waiting, we’re so glad to welcome everyone back in person for Rodeo Weekend,” said Natalie Shirley, Museum President and CEO. “These deserving honorees are finally getting the moment they deserve for their formal induction into the storied Rodeo Hall of Fame.”

Chosen via popular vote by RHS membership, the Rodeo Hall of Fame Class of 2020 in both the Living and Deceased categories includes: 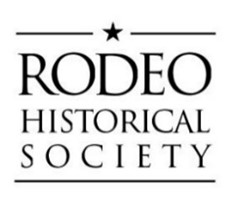 The Rodeo Hall of Fame Class of 2020 is stocked with a truly impressive lineup of rodeo greats. Following is biographical information on each inductee:

RICKY BOLIN was born November 24, 1958, in Dallas, Texas, and competed from 1975 – 1989. A high school bull-riding champion at 15, Bolin competed professionally primarily as a bull rider from 1975 – 1989. He qualified for the Texas Circuit in bull riding from 1978 – 1989, becoming the Texas Circuit Bull Riding Champion in 1988. Bolin qualified for the National Finals Rodeo (NFR) in 1978, 1979, 1983 and 1985, and was one of the first rodeo athletes to receive a major sponsorship with Coors Beer Distributing in Temple, Texas. Selected for the Professional Bull Riders (PBR) Ring of Honor in 2017, Bolin lives in Sunnyvale, Texas, with his wife, Melanie.

BOBBY “HOOTER” BROWN was born January 1, 1952, in Amarillo, Texas, and competed in all three roughstock events and steer wrestling from 1970 – 1991. Brown went to the NFR 11years in the saddle bronc event, becoming Reserve Champion in 1982 and taking third place in 1983. He held the highest-marked saddle bronc ride at Cheyenne for 25 years and won the $50,000 at Calgary the first year it was given. One of the Budweiser Six Pack Team, the first to be sponsored by a corporation and Texas Circuit Saddle Bronc Champion twice, today Brown is a corporate pilot who volunteers his time to fly surgeons and organs where needed for organ transplants. He lives in Newcastle, Oklahoma.

RICHARD “TUFF” HEDEMAN was born in El Paso, Texas, on March 2, 1963. He began bull riding, team roping and winning All-Around titles while in high school, and was on the Sul Ross University championship team in 1982, competing in team roping, steer wrestling, bull riding and bronc riding. Hedeman competed professionally from 1983 – 1998 in bull riding and qualified 11 years for the NFR. He was the World Champion Bull Rider in 1986, 1989 and 1991, and won the NFR Average in 1987 and 1989. A PBR co-founder and its president from 1992 – 2004, Hedeman was Bull Riders Only World Champion in 1993, PBR ProDivision Champion and World Champion in 1995 and the first bull riding millionaire. He lives in Morgan Mill, Texas.

JEROME ROBINSON was born October 16, 1947, in Ogallala, Nebraska. A bull riding, steer wrestling, bareback riding and team tying participant, Robinson made the top 10 in bull riding during college, then joined the Rodeo Cowboys Association (RCA, today the PRCA) in 1969 and competed until 1982, qualifying for the NFR a total of 11 times. As an RCA bull-riding director, Robinson developed the PROCOM system, which vastly improved the system for entering rodeos, and was on the committee to build the PRCA’s facility and hall of fame at Colorado Springs, Colorado. As production manager for the PRCA Winston Tour, he took rodeos to Finland, Japan, France and Venezuela.

BOBBY AND SID STEINER are the third and fourth generation of legendary rodeo producers Buck and his son Tommy of Steiner Rodeo Company. Bobby was born November 27, 1951, and son, Sid, December 8, 1974, in Austin, Texas. Bobby competed as a bull rider and bareback rider from 1968 – 1973, qualifying for the NFR three years and becoming the 1973 RCA World Champion Bull Rider. Bobby is a PBR Ring of Honor recipient. Sid competed as a steer wrestler from 1995 – 2002, when he became the PRCA Steer Wrestling World Champion. Sid received the nickname “Sid Rock” during his career due to his rebellious nature and showmanship, qualities he received from his father, Bobby. Both Bobby and Sid presently ranch near Austin, Texas.

JIM SNIVELY was born September 17, 1911, in Sapulpa, Oklahoma, and was a top calf roper from 1935 until the 1950s when he began excelling in steer roping, too. Winner of the Calgary Stampede calf roping in 1951, he was among the top 10 steer ropers in the RCA from 1952– 1962. Snively was the World Steer Roping Champion of the Rodeo Association of America(later changed to the International Rodeo Association) in 1954 and winner of the RCA Steer Roping Championship in 1956. He was the Reserve RCA Steer Roping Champion in 1952 and 1958, and in 1959 he won the Steer Roping Average at the first-ever NFR with 170.4 seconds on six head. Snively died September 18, 1998.

Tad Lucas Memorial Award 2020 honoree PAT NORTH OMMERT was born October 12, 1929, in Bell, California. From 1941 – 1962 Ommert wowed audiences coast to coast with her trick riding, Roman riding and specialty acts while appearing at venues such as the Los Angeles Sheriff’s Rodeo, Madison Square Garden, Boston Garden and Bobby Estes’ Wild West Show in Mexico City, to name a few. In 1969 Ommert was a Rancho California Horsemen’s Association founding leader, with a mission to develop a network of safe equestrian trails for future generations. A National Cowgirl Hall of Fame inductee, Ommert and her veterinarian husband, Will, received a Lifetime Achievement Award from the California Professional Horsemen’s Association.

Ben Johnson Memorial Award 2020 honoree CARL NAFZGER was born August 29, 1941, in Plainview, Texas. During a 12-year bull-riding career, Nafzger qualified for the NFR three times in three consecutive years. After retiring from bull riding in 1972, Nafzger focused his energies on horse training and soon found success in that arena as well. Nafzger has trained three champion horses — Unbridled, Banshee Breeze and Street Sense — and has won the Kentucky Derby twice (1990 and 2007). Recipient of the Eclipse Award for Outstanding Trainer in 1990, Nafzger is a member of the National Museum of Racing Hall of Fame, Texas Cowboy Hall of Fame, Texas Horse Racing Hall of Fame, Texas Rodeo Cowboy Hall of Fame and the PBR Ring of Honor.

Rodeo Hall of Fame inductees, along with the Tad Lucas Memorial Award and Ben Johnson Memorial Award honorees, are recognized each fall during Rodeo Hall of Fame Weekend, which includes an Induction Ceremony and Champions’ Dinner as well as an Inductee Panel Discussion, the Rope ‘N’ Ride Cocktail Reception, live and silent auctions to benefit RHS and other festivities.

Visit nationalcowboymuseum.org/rhs for schedules and information regarding Rodeo Hall of Fame Weekend.

The National Cowboy & Western Heritage Museum in Oklahoma City is America’s premier institution of Western history, art and culture. Founded in 1955, the Museum collects, preserves and exhibits an internationally renowned collection of Western art and artifacts while sponsoring dynamic educational programs to stimulate interest in the enduring legacy of the American West. For more information, visit nationalcowboymuseum.org.

About the Rodeo Historical Society

The National Cowboy & Western Heritage Museum’s Rodeo Historical Society (RHS) helps preserve and interpret the history of rodeo in the North American West for the education and enrichment of its diverse audiences. RHS membership supports the rodeo programs of the Museum, including the prestigious Rodeo Hall of Fame, an ongoing oral history project and acquisition of collection materials for the American Rodeo Gallery. For more information, visit nationalcowboymuseum.org.